Ever since the bucket was invented in 3200BC with carvings showing Pharaoh Narmer carrying a bucket we can assume it’s been used to extinguish fires. Given the buildings and sophistication of the Egyptians, one can believe they would have used a bucket to put out fires even before 3200BC.

This stayed relatively the same all the way until the first patent in 1723 by Ambrose Godfrey in England. Mr Godfrey was a celebrated chemist at the time. The fire extinguisher consisted of a cask of fire-extinguishing liquid containing a pewter chamber of gunpowder. This was connected with a system of fuses which were ignited, exploding the gunpowder and scattering the solution. It would have had very limited abilities, however, was a huge step forward from the common bucket method of fighting a fire.

The soda-acid extinguisher was first patented in 1866 by Francois Carlier of France, which mixed a solution of water and sodium bicarbonate with tartaric acid, producing the propellant CO2 gas.

Thomas J Martin, was awarded a patent for the Fire Extinguisher on March 26, 1872. His invention is listed in the U. S, DC under patent number115,603.

In 1910, The Pyrene Manufacturing Company of Delaware filed a patent for using carbon tetrachloride to extinguish fires. The liquid vaporized and extinguished the flames by inhibiting the chemical chain reaction of the combustion process (it was an early 20th-century presupposition that the fire suppression ability of carbon tetrachloride relied on oxygen removal). In 1911, they patented a small, portable extinguisher that used the chemical. 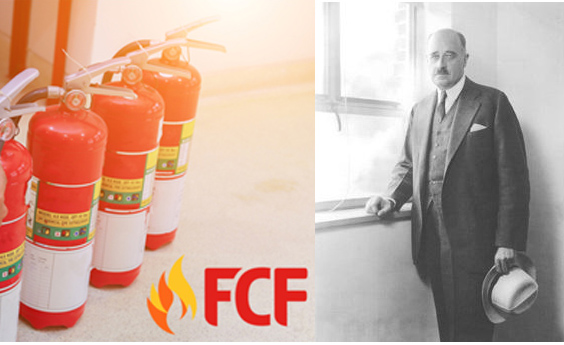 Carbon dioxide (CO2) extinguisher was invented (at least in the US) by the Walter Kidde Company in 1924 in response to Bell Telephone’s request for an electrically non-conductive chemical for extinguishing the previously difficult-to-extinguish fires in telephone switchboards.

In 1928, DuGas (later bought by ANSUL) came out with a cartridge-operated dry chemical extinguisher, which used sodium bicarbonate specially treated with chemicals to render it free-flowing and moisture-resistant.

In the 1940s, Germany invented the liquid chlorobromomethane (CBM) for use in aircraft.

In the 1970s, Halon 1211 came over to the United States from Europe where it had been used since the late 40s or early 50s. Halon 1301 had been developed by DuPont and the US Army in 1954. Both 1211 and 1301 work by inhibiting the chain reaction of the fire, and in the case of Halon 1211, cooling class A fuels as well. Halon is still in use today but is falling out of favor for many uses due to its environmental impact. Europe and Australia have severely restricted its use, since the Montreal Protocol of 1987. Less severe restrictions have been implemented in the United States, the Middle East, and Asia. 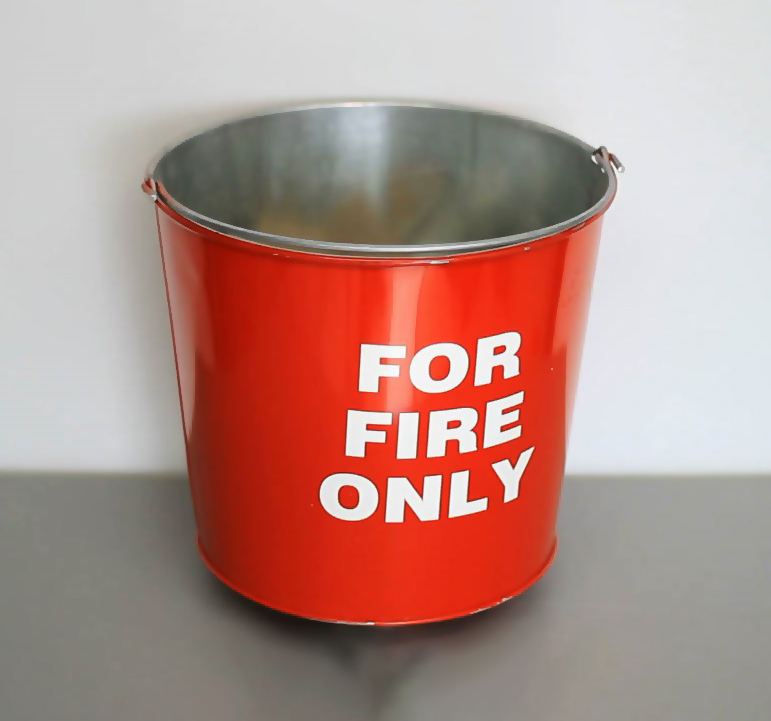 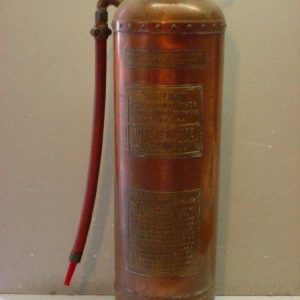 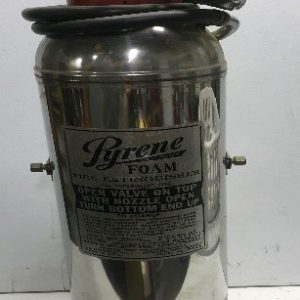 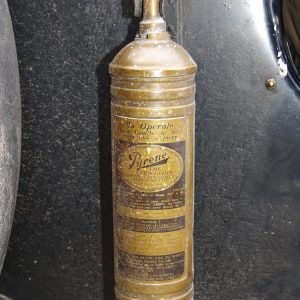 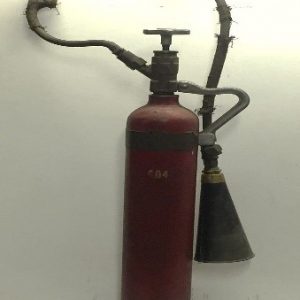 Some of the first firefighting extinguishers invented and serviced by fire service companies from as early as (1818 Charles Jeremiah Chubb, started in security) 1881 started in the fire industry.